In one of my recent articles titled “Wisdom Of Photography” I shared with you, my readers, some of the interesting thoughts about photography that I found in an old photography book. After finishing that book, I continued my search after interesting old photography related material, and I found a magnificent Czech magazine named “Revue Fotografie”, which was published four times a year in the middle of the 20th century (approximately from 1960s to 1990s). This magazine was widely considered to be one of the best photo magazines in the world at the time. It was also translated from Czech to some other languages including German, and Russian. The specific issue that I found was Russian edition of third magazine in 1961.
I can’t even begin to describe how much I was impressed with the articles and photographs presented in this magazine! But as always, I want to share some of the wisdom I learned from it. I am aware of the fact that my blog becomes more and more serious, but after all – it is my path in photography, and it is what it is.
From the magazine, I particularly liked one article. I translated it to English and sharing it here. While reading it, please have in mind that it was written in Czecho-Slovakia in its “Communism” period. I tried to omit as much as possible the parts which are not relevant to our times, but most of the article is as relevant to photography now as it was back then. Along with the translation I am also including a few of the photographs from the pages of the magazine.
I hope you enjoy it as much as I did!

Carel Gibner – ‘An Area’. Click on the photo to enlarge.

About the Attitude Toward One’s Own Artistic Endeavours

One of the most gratifying things in our work as editors of the “revue Fotografie” are the letters from our readers, and whole stacks of them! In these letters many photographers share with us their plans and views on photography. Often they write about their lives, and are being very demanding, as only sincere friends can be, towards the work of our magazine. The sincerity and friendliness of our addressees pleases our editorial staff, and countless praises awakens the desire to devote ourselves even more to our work.

Often, however, warm, friendly, and sincere letters are accompanied by poor, indistinctive, similar to hundreds other, photographs. One couldn’t help not to think about it. Why it is so? Why in such a wealth of different destinies, characters, and points of view, people who pick up cameras, try to reproduce overused themes or to emulate the masterpieces instead of revealing their own true selves?

Here we will not touch on the subject of talent and lack of it. In any case I don’t think the question of talent should be only regarded as a “gift of God”. 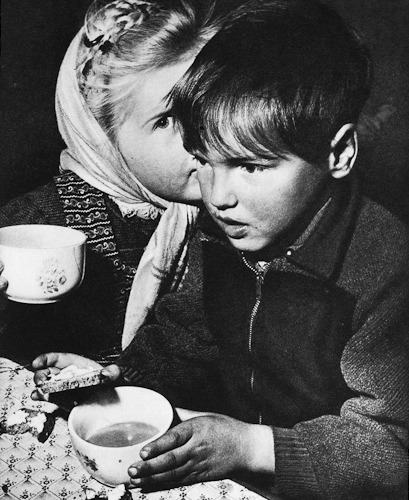 L.Fischer, Austria – “Secret”. Click on the photo to enlarge.

As we all know, Leonardo da Vinci was the first to develop laws of perspective for painting. And since then young artists don’t need to wait for “divine intervention” in order to rediscover these laws as they can all be learned from Leonardo. The cultural heritage of humanity is freely available to everybody. Therefore, looking through hundreds of photos, again and again I wonder if the inexpressiveness, impersonal nature, and similarity of them is in reality a hypocrisy and insincerity of the photographer towards himself?
Such an amateur photographer, having read on the front page of our magazine the words “review of artistic photography” immediately decides: “let’s send them photos of trees, water, sunset, or cloudy skies”… and our editorial office receives hundreds of photos of trees, water, sunsets etc. as if these subjects are the true discovery and revelation to the people. 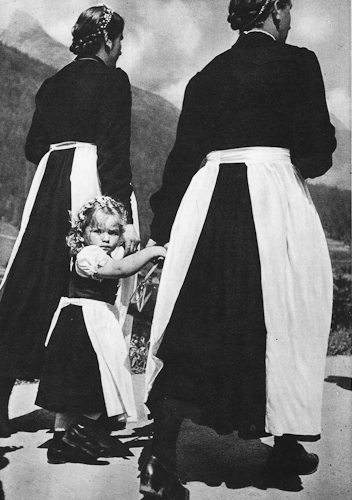 L.Fischer, Austria ‘Curiosity’. Click on the photo to enlarge.

Art arose from the desire of the artist to tell about himself. After all, even when artist speaks about his surroundings, or events that he witnessed, he in fact tells us about himself, about things seen through his own eyes. And magnificent art, which survived its creators, was created by the artist’s ability to see things so originally and so deeply, as nobody saw ever before him.

If a person does not want to talk about himself, he is silent. But if a person is not silent, if he picks up a camera and tries to use photography as an art form because he feels that its means of expression fit him the most of all other forms of art, such person should not be afraid to create his own artistic statement. It is the right and the privilege of any human being of our modern times – to find and acknowledge the meaning of his own life, express it, and strive to live the life of significance, brightness, and excitement, to find one’s self. 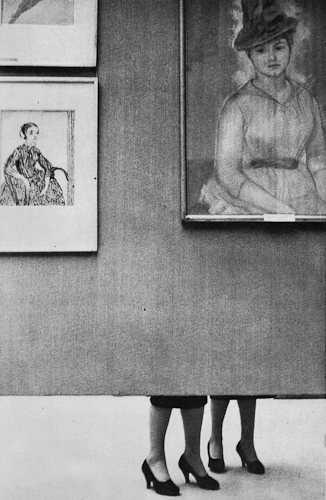 A.Zybin – ‘In Art Gallery’. Click on the photo to enlarge.

Of course, one should still photograph trees, waves, and sunsets, but the photographer must be an artist, a person who can see the landscape in his own original way. We are surrounded by a huge variety of things, creatures, and destinies, but we ignore them, hiding behind the undeniable beauty of the generally recognised subjects. In our photographs we avoid expressing the controversial, the unresolved issues within and around us.

We often comfort our self-esteem with the dream of our existence in true art by imitating famous photographs thinking that by doing that we can’t go wrong.

Equally wrong is the way of those who constantly increase the color saturation of their photographs (this can be understood not only directly, but also metaphorically – Greg’s note). This is an evidence to one’s inability to appreciate the beauty of life, to prefer real life’s beauty to the artificial one. 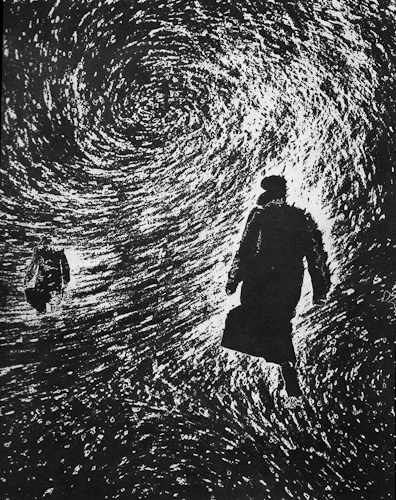 Leopold Fischer – ‘In А Storm’. Click on the photo to enlarge.

Our editorial office received one curious objection from one of our readers, condemning the photo of patterns created by foam on water, and other such photos in our magazine, which the reader personally didn’t like. From his letter I understood that many years of age separate this person from his childhood, and apparently also from the fresh, lively, and direct perception of the things around him. Childhood memories, though naive, are very profound. In childhood one sees things, so to say, up close (like in macro – Greg’s note). A small blade of grass is visible down to its root, a crack in the pavement is scary because it is deep and unexplored, thick walls of old buildings – what a fertile ground for imagination! These were just a few examples of course. 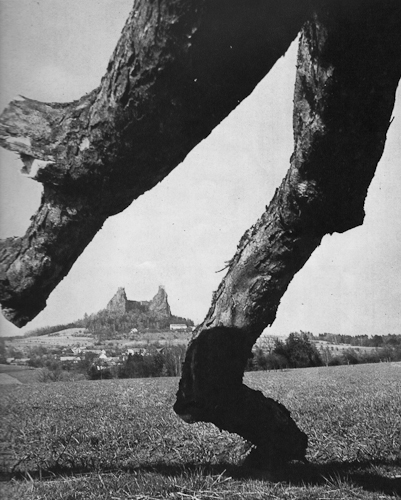 Yaroslav Parcovsky – ‘Time Walks The Earth’. Click on the photo to enlarge.

Over time a person learns to evade the puddles, not to climb up on every obstacle on his way, not to drag a stick along the fence. And learning manners is generally a good thing. But how many interesting things start to slip away from our attention as we grow up! In true artists many recognize soul of a child. Maybe this “childishness” actually is a profound understanding of things around us, the ability to see them “up close”. 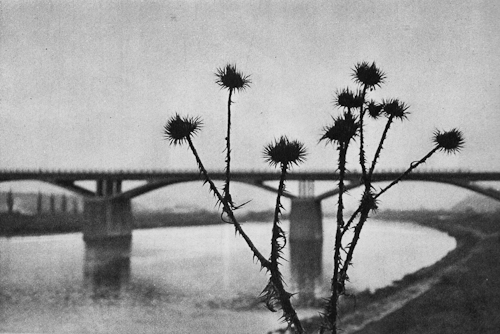 Miroslav Yodas – ‘Construction’. Click on the photo to enlarge.

Therefore isn’t it better to be more curious of things surrounding us, which may even sometimes irritate one’s “untrained” perception, and not condemn them unconditionally just because they are perceived as something not usually shown in photographs? 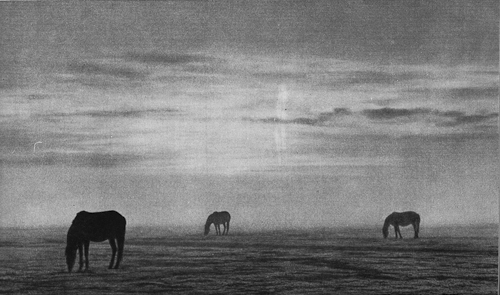 Yuri Gantman – ‘In The Morning’s Silence’. Click on the photo to enlarge.