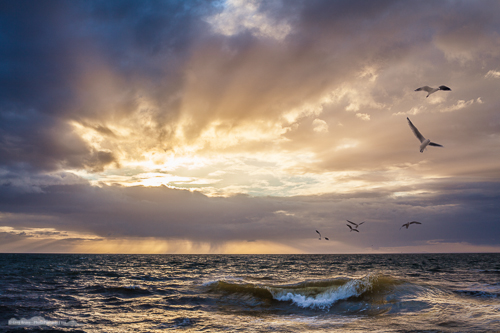 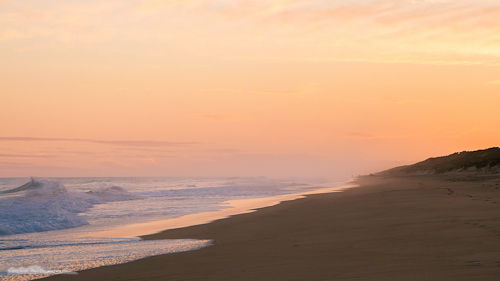 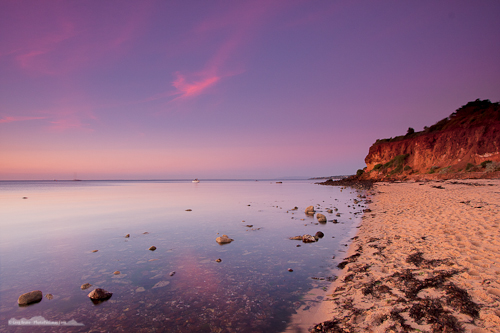 Feel free to tell me what you think about this photo in the comment section below.

It all began when my friend asked me to make a picture for her. She wanted a very specific photograph of a large field of sunflowers, that would be completely yellow because in her imagination all the sunflowers would look up at the sky. This idea came to her while she was driving along a sunflower field, but she didn’t really pay attention to them.

I was glad to have an assignment like this because I just love any opportunity to be creative, and also if she would later hang my photo on her wall, it would be very flattering. So we decided on a day and drove to that sunflower field. I chose second half of the day towards sunset, but early enough to have time to scout the area and choose location.

When we arrived at the sunflower field I was surprised to see that all the sunflowers were NOT holding their heads up, as you can see in the photograph below. I am sure that there is a scientific explanation to this (maybe they were ripe and heavy for example), but in my mind I have always imagined sunflowers to hold their head up high. As a result it was impossible to make a photograph that my friend wanted. In the photo below you can see that there is too much green in between the yellow. But since we have already came I decided not to leave empty-handed and began to think of various creative ideas to shoot the sunflowers in their current state. Let me remind you that it was around sunset time and the sun was getting lower and lower. The shot that you see below was made almost against the sun. The sun was almost facing directly inside the lens and then I lowered it a little. So the flare can be seen, and in my opinion it contributes greatly to this photograph by creating a certain end-of-the-day mood. I also like how it lights the white “hair” on the stalk emphasizing its shape. But, of course, nothing comes out right from the first try, and I want to show that here. As you can see from the photograph below the lighting on the sunflower looks too bright and too artificial, and the shadows are too harsh. In addition there is a big shadowed area of the sunflower as a result of incorrect flash position. And even though the sky is correctly exposed it is not enough to make a good picture. But I didn’t give up, and after numerous attempts and adjustments I found the right combinations and my photographs started to improve. I was thinking less and less about technical side of the photographing process and concentrated more on the creative side. In the photo below you can see more natural lighting and balanced composition. I thought that the sunflower above came out too yellow so I decided to add a 1/4 CTO gel to the flash and see what happens. And I liked the result of that, which you can see in the photographs below. I liked the warmth of the light, which matched good (in my opinion) with the warm colors of the sunset. As the sun was getting almost down to the horizon I got this interesting idea to shoot the sunflower with the setting sun in an interesting juxtaposition (never believed I would use this word 🙂 ), and because the sunflower heads weren’t looking up I could do that! I came low under the sunflower and positioned it to be in front of the sun, asking my friend to point the flash from my right at the sunflower. I needed the flash to point a little up so that the light wouldn’t spill on the green leaves. After getting the shot above I was pretty much satisfied but decided to try more compositions and lighting directions just to see what comes out. And it turned out to be the right decision, because in my opinion then I made my best photo of that evening.

I call it “Don’t want to look at the sunset” One more thing – you could say that I didn’t have to use flash but to take several exposures and combine them together in HDR. Yes, I could but in order to do that I had to use tripod and also if it was windy (even a little), it would be difficult to create a good HDR photograph. Taking into account that I had limited time as the sun was setting pretty fast, if I was using tripod I wouldn’t have time and flexibility to try as much different compositions as I did just hand-holding my camera.

I hope you liked viewing these photographs, and learned something new in the process.

I want to read your comments and your suggestions are always appreciated. If you have pictures of sunflowers that you’d like me to review, you can send them to greg at photopathway dot com and I’d be glad to do that here on my blog.

Remember you only have to enter your name to leave a comment!