Recently my good friend asked me to photograph his baby son Eric. I gladly accepted because I don’t usually get to photograph babies and wanted to give it a try.  The only problem was that my friend’s house didn’t have any suitable place to make a little studio out of, every place I looked at was too cluttered with stuff, which could distract the viewer’s attention from Eric. Finally I found a few places but knew in advance that the resulting photographs won’t be the way I’d like them to be.

Still I wanted to make at least a few photographs that would stand out and satisfy my artistic demands 🙂 The only solution I could come up with was to shoot close-up shots of Eric so that background wouldn’t matter much. Three of those shots I chose to present here.

The key aspect of the following photographs is the light. It is different in all three of them, but in each photo it plays very important role.

For the following photograph I used a 100mm Canon macro lens at f2.8. I had a flash with me and tried to use it, bouncing from the ceiling or walls and varying its power, but I didn’t like the results – the light was too harsh and too white for my taste. Yes I could use a 1/4 CTO gel to warm up the light a little bit, but I choose a different approach instead – I asked my friend to take Eric and come closer to the window.

It was about 5 o’clock in the afternoon and sun light was still pretty strong, but was already getting warmer as sun got lower and lower. After positioning the happy couple the way that there were no significant shadows on Eric’s face I started to shoot, and the photo below was the winner of that batch. I like it because of the intimacy it transmits to the viewer, the closeness between the child and his parent. Because the light coming from the window was much stronger than the light in the room I could set the exposure so that the background remained completely black. In the next photo I took Eric to another window in the house, with transparent white curtains to serve as background. I intentionally went for the high contrast in lighting in order to create a little drama. But nevertheless as you can see there are no harsh shadows on Eric’s face, that would be unaesthetic for my taste. I like the way his eyes are emphasized in this photograph as if they were eyes of an adult but on a cute baby face. I also included the photo below in this article to demonstrate use of reflected light. In this photograph my friend hold’s Eric close to his body, and the light from the window reflects from his body and lights Eric’s face with soft warm light. So in order to create warm light you don’t always need gels and flashes… sometimes human skin can do the job just fine! 🙂 As always comments are highly appreciated, and

Till the next time,
Take care!
Greg. 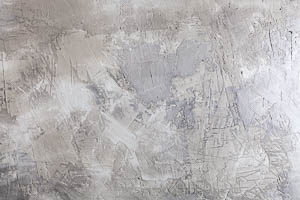 Grungy Concrete
Handmade photography backdrop. Shipping: $9.98
$119.00
I bet nobody could guess what this is just by look

In addition to photography, I love working with my

Many times landscape photography is all about luck

There's this question that has been bothering me f

The famous Great Ocean Road is famous for a reason

There are some less known spots around Melbourne t

These are the last days to catch some beautiful ye

Looking at Murray river from ground level it is ha

Mornington Peninsula living at its best 😀 Who w

Yarra Ranges are beautiful at any time of the year

Sometimes pure photography is not enough for me. O

I could say that this sunrise was shot at Hopkins

The forests around Marysville are still recovering

The best time to photograph spider webs is in the